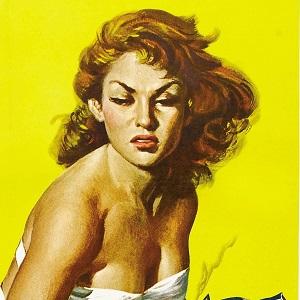 Remembered for her Southern belle role in the 1955 film Count Three and Pray, she also starred in a 1958 B-movie called Attack of the 50 Foot Woman. Her television credits include appearances in The Rough Riders, Rawhide, and 77 Sunset Strip.

Before beginning her acting career, she won the Miss District of Columbia title and competed in the 1949 Miss America beauty pageant.

She and actor Raymond Burr were good friends; he arranged for her to appear on several episodes of his popular Perry Mason television series.

She grew up as Mary Jane Hayes in Charleston, West Virginia. She died in San Diego, California, at the age of forty-six, suffering from leukemia or, potentially, lead poisoning from a nutritional supplement she had been taking.

She appeared with Beverly Garland in the 1956 western movie Gunslinger.

Allison Hayes Is A Member Of