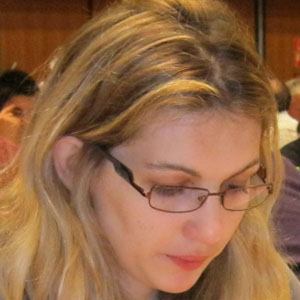 French chess Grandmaster who is highly regarded in the world of female chess playing.

She was able to become an "Under-16" chess champion after Moldova became independent from the Soviet Union in 1991.

She won the European Women's Chess Championship in 2001 and because of it was chosen "best sportsperson in 2001 in Moldova" and decorated with the Order of National Merit in her native country.

Both of her parents were professional chess coaches.

She is a chess Grandmaster much like Vladimir Kramnik.

Almira Skripchenko Is A Member Of