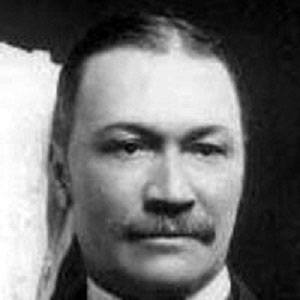 Famous for founding and heading the successful Atlanta Family Life Insurance Company, he is also remembered as the city of Atlanta's first African-American millionaire.

Before making his fortune in insurance, he established a successful barbershop and pursued a career in real estate investment.

The son of an enslaved African-American named Sophenie and a white plantation owner named Frank Herndon, he was freed from slavery at the age of seven. His child Norris B. Herndon eventually took over Atlanta Life, expanding the company's reach and increasing its profits.

Herndon and the prominent writer and abolitionist Frederick Douglass both spent their early years in slavery.

Alonzo Herndon Is A Member Of