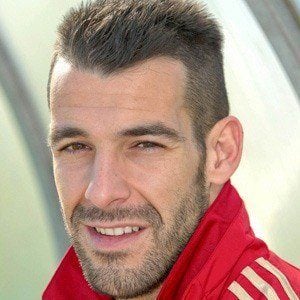 Striker who joined the Spanish national team in 2009 and won the 2013 Zarra Trophy with Sevilla.

He started his career with the local club team Rayo Vallecano and made his professional debut in 2005.

He earned the nickname La Fiera de Vallecas, meaning The Beast of Vallecas.

He and Jesus Navas both played for Sevilla as well as the Spanish national team.

Álvaro Negredo Is A Member Of