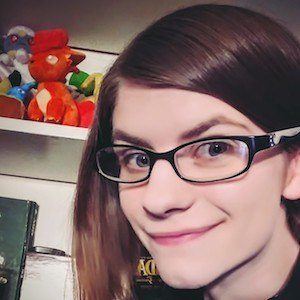 Illustrator who has become famous on YouTube for her speedpaints inspired by Undertale, Steven Universe, The Legend of Zelda and more. The videos on her channel, WalkingMelonsAAA, have amassed over 60 million views to date.

She hails from Chandler, Arizona. She is a self-taught artist. She originally planned to go to college for animation to become a storyboard artist, but then decided to continue freelancing once her YouTube channel took off and proved to be sustainable.

Her first attempt in animating was an animatic named "Death by Glmahour (Undertale Animatic) - Mettaton vs Frisk fight," which has accumulated over 10 million views as her most popular video. She wrote, directed, produced and animated her own short film, Save Him, in 2016.

She has an older sister, a younger sister and a younger brother. She and her brother Talin launched a Let's play channel by the name of ArcadeTandem.

She made a collaboration video with Camila Cuevas in December 2016.

Alyssa Gerwig Is A Member Of