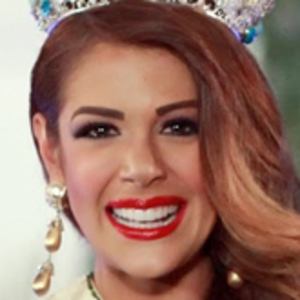 She participated in local town fair pageant shows when she was little. She moved to Italy when she was 16 to pursue her modeling career.

She became the second Venezuelan beauty queen to win the Miss Earth pageant in 2013.

She was born in Punto Fijo, Venezuela and has one older brother. She studied social communication at the Universidad Rafael Belloso Chacin.

She was one of the judges for the final Miss Earth United States 2016 pageant with fellow Miss America 2011 winner Teresa Scanlan.

Alyz Henrich Is A Member Of