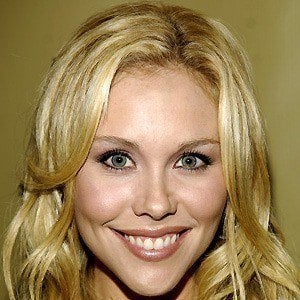 She earned a degree in business marketing at the University of South Carolina.

She has done charity work with the Susan G. Komen Breast Cancer Foundation, Big Brothers and Sisters, and LA Works.

She was born to D. F. Keels Baker and Laura Baker and has a sister named Candy.

She has starred in the long-running soap opera, All My Children, like actress Kelly Ripa.

Amanda Baker Is A Member Of