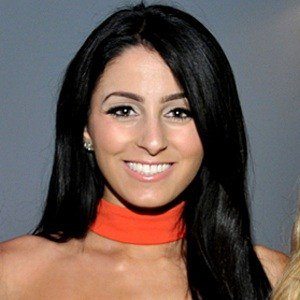 She began working out and lifting during her senior year of high school. She then competed in her first OCB bikini show during her freshman year of college, where she placed second.

She is also the star of her own podcast called Bucci Radio, which can be heard on iTunes, SoundCloud and Google Play.

She was born and raised in Rhode Island with her twin sister Lindsey. Her mother's name is Linda. She has dated fellow fitness YouTuber Brian DeCosta.

She and partner Brian DeCosta are both sponsored by PEScience supplements.

Amanda Bucci Is A Member Of