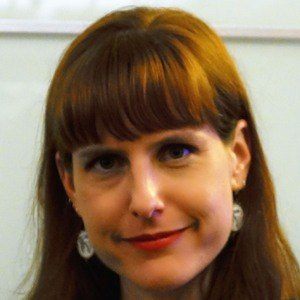 Became know as a controversial feminist and politics writer for places such as Salon, Slate, The Guardian and The Raw Story. She also hosts a weekly podcast called RH Reality Cast. She is the author of It's a Jungle Out There: The Feminist Survival Guide to Politically Inhospitable Environments and Get Opinionated.

She won a Koufax Award for her Mouse Words blog in 2004.

She was born in El Paso, Texas, but grew up in Alpine. She has also lived in New York.

She was hired as the blogmaster for the John Edwards 2008 presidential campaign.

Amanda Marcotte Is A Member Of