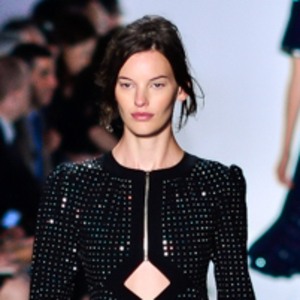 American model who has walked the runway exclusively for Prada. She has also appeared in editorials for British Vogue, W, Porter Magazine and graced the cover of Zoo Magazine in 2015.

One of her earliest modeling jobs was posing for the November 2008 issue of A4 Magazine.

She has been represented by IMG Models worldwide. Other notable clients of hers include, Christian Dior and Stella McCartney, among others.

She grew up the oldest of four in Orland Park, Illinois. Her father worked for the railroad and her mother was a nurse.

Amanda Jean Murphy Is A Member Of