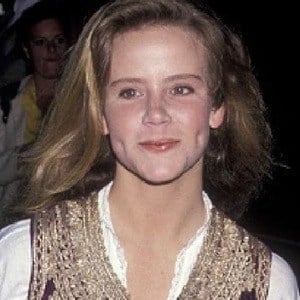 '80s child star who appeared in Can't Buy Me Love, Explorers, and Annie.

She made her acting debut at age 11 in a 1982 episode of Father Murphy.

She had adult roles in the films Listen to Me and Windrunner.

She had two children with her second husband, David Hartley, after getting divorced from first husband, Joseph Robert Skutvik, in 1999. On July 3, 2015 she died of an accidental drug overdose.

She had a recurring television role opposite John Dye during the 1993 season of Jack's Place.

Amanda Peterson Is A Member Of