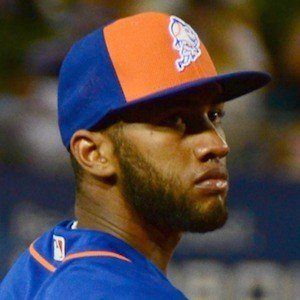 Shortstop who made his major league debut with the New York Mets in August 2017. He recorded his first against the Colorado Rockies in his first big league game.

He was picked up by the Mets as an international free agent in 2012, receiving a $1.75 million signing bonus.

He is the son of Germán Abad Rosario and Nerys Valdez Rosario.

Both he and pitcher Jacob deGrom played for the New York Mets.

Amed Rosario Is A Member Of