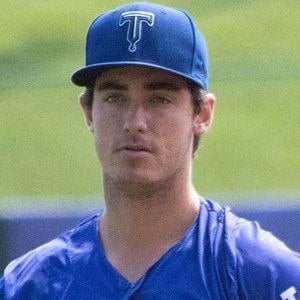 First baseman who debuted with the Los Angeles Dodgers in 2017. He quickly took the MLB by storm, hitting a remarkable 20 home runs in his first 51 major league games. He was named 2017 NL Rookie of the Year and 2019 NL MVP. In 2020, he helped the Dodgers capture the franchise's first World Series title in over 30 years.

He played in the 2007 Little League World Series for Chandler, Arizona.

He was selected in the fourth round of the 2013 MLB Draft. His first major league hit was an infield single off of Neil Ramirez.

His father, Clay Bellinger, played in the MLB and his younger brother, Cole, was drafted by the San Diego Padres in the 2017 MLB Draft. He and Chase Carter began dating. In 2021, the couple welcomed a daughter.

He became the first Dodger player to hit two home runs in back-to-back games since Adrian Beltre in 2004.