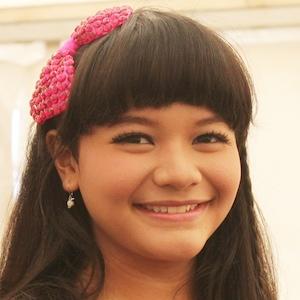 Young Indonesian actress who has appeared in several television series and films such as Suami-suami Takut Istri and Kau dan Aku Cinta Indonesia.

She was just 3 years old when she was chosen for a role in a television series after an accidental casting. She never took acting classes previously.

She was known largely as Amel Carla for her role as Carla in a sitcom.

She was born to Qomar Ruzaman and Oktarina Aqmarina. Her older brother is named Ahmad and her older sister is named Lintang.

She and Ferry Salim both had roles in the movie Ngenest.

Amel Carla Is A Member Of