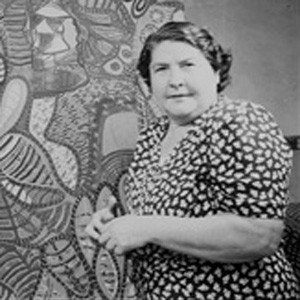 Avant-garde painter and sculptor who won an award in the National Exposition of Painters and Sculptors in 1938.

She took drawing courses at the Académie de la Grande Chaumière in Paris in 1927.

She was born in Yaguajay, Las Villas, and moved with her family to Havana in 1915.

She grew up in the Cuba that existed before the regime of Fidel Castro took over.

Amelia Peláez Is A Member Of