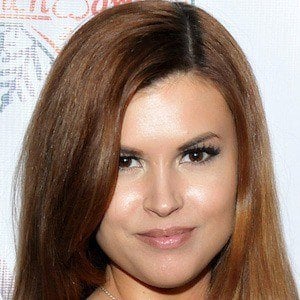 Model and artist best known as Playboy's Miss June 2012. She has also created a YouTube channel called Gamer Next Door that has amassed over 25,000 subscribers.

She was noticed by Playboy scouts and subsequently made an appearance on the website as Co-ed of the Week in May 2011.

She has worked as an artist and illustrator often penning drawings of mythical or macabre figures.

In May 2016, she posted a photo with her mother to her Instagram account in honor of Mother's Day.

She has cosplayed as the Nintendo character Mario, who was created by Shigeru Miyamoto.

Amelia Talon Is A Member Of