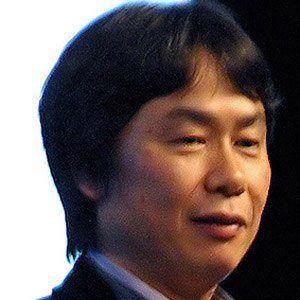 Japanese designer of such classic Nintendo video games as Super Mario, Donkey Kong, The Legend of Zelda, and Star Fox. He helped develop the Wii console and was one of the creators of Wii Sports.

After graduating from college, he considered a career as a manga artist.

He based the love triangle between Donkey Kong, Mario, and Peach on the Bluto, Popeye, and Olive Oyl dynamic in the Popeye cartoons.

He married Yasuko Miyamoto and he has two children.

He was once called the Steve Jobs of video games.

Shigeru Miyamoto Is A Member Of