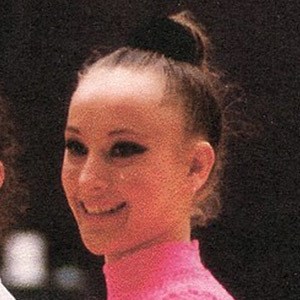 Rhythmic gymnast who won the silver medal for Russia at the 1994 World Championships before finishing 4th at the 1996 Summer Olympics. She finished as the bronze medalist at the European Championships in 1994 and 1996, and later retired to become an elite gymnastics coach.

She began as a ballet dancer until age 10, when she began training in gymnastics. She won her first individual medal, a bronze in the all-around, at the 1991 European Junior Championships.

She won the team gold medals for Russia at the 1997 World Championships and 1998 European Championships. Following retirement, she published her own rhythmic gymnastics magazine in Russia.

She shares two children with her husband Alexei Kortnev.

She coached Margarita Mamun en route to winning the all-around gold medal at the 2016 Olympic Games.

Amina Zaripova Is A Member Of