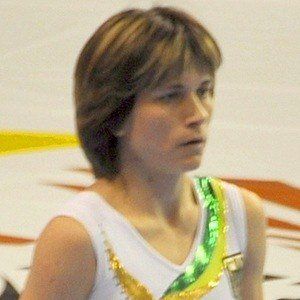 World and Olympic competitor who became the first female gymnast to compete in eight Olympic games. She has represented three different national teams in the Olympics, including Uzbekistan, Germany and the Soviet Union.

She started gymnastics in 1982. She won the all-around title at the USSR National Championships in 1988 for the junior division.

She became the record holder for the most individual world championship medals with nine medals on the vault.

She married Olympic wrestler Bakhodir Kurbanov. They had a son named Alisher in 1999.

She and Larisa Latynina were both Olympic gymnasts who returned to the sport after becoming mothers.

Oksana Chusovitina Is A Member Of