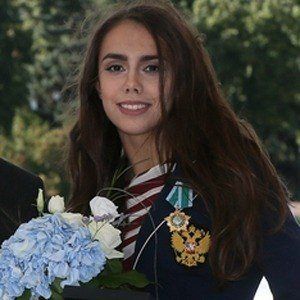 Rhythmic gymnast who became the 2016 Olympic All-Around Champion. She also has all-around silver medals from the European Games, the World Cup, and the Grand Prix, among others.

One of her earliest tournaments was the Miss Valentine Cup in 2005. Though mainly a competitor for Russia, she briefly competed for Bangladesh in the junior division.

Incredibly popular on social media, she has gained a following of more than 410,000 fans on her Instagram alone.

Her father, Abdullah Al Mamun, has a masters in marine engineering and her mother, Anna, was a former rhythmic gymnast. She has a younger brother named Filipp Al Mamun.

She is friends with fellow gymnast and teammate Yana Kudryavtseva.

Margarita Mamun Is A Member Of