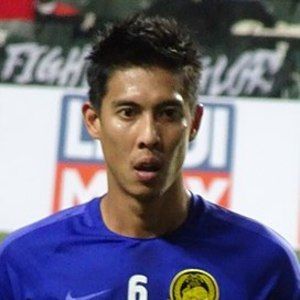 Midfielder who made his professional debut in 2006 with Selangor FA and joined the Malaysian national team in 2007.

He played youth soccer on the Selangor FA Football Academy in 2002-2003.

He joined Johor Darul Takzim in 2014.

He was born in Alor Gajah, Malacca, Malaysia.

Center back Mohammad Fadhli joined him on the Malaysian national team in 2010.

Amirul Hadi Zainal Is A Member Of