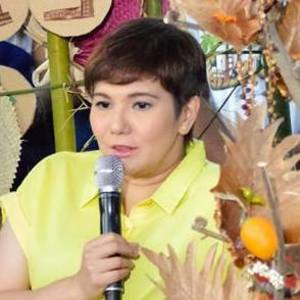 Filipino television and radio personality most well known for hosting the talk show Face to Face. As an actress, she appeared on several popular television programs, including the 2013 series Genesis.

She attended Sienna College of Quezon City and co-hosted Magandang Tanghali Bayan from 1998 to 2005.

She has appeared in films such as Anak Ni Baby Ama and Flavor of the Month.

She was married to musician Brix Ferraris, with whom she had a son named Adi. They separated, and she later had a son in 2012 with Carlos Castillo, whom she married in 2014.

She is the cousin of actress Lorna Tolentino.

Amy Perez Is A Member Of