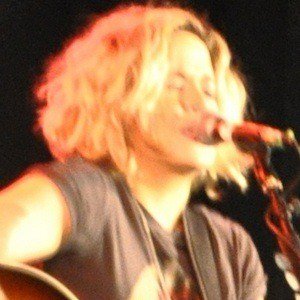 She started writing songs when she was only nine-years-old and released her first single at 16.

"Thinking Out Loud" came about because Wadge needed help paying off her mortgage, which led to Sheeran allowing her to contribute to his album Multiply.

She originally learned guitar by playing along to Tracy Chapman's self-title album.

Amy Wadge Is A Member Of