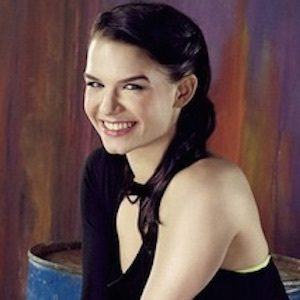 American dancer best known for winning season ten of So You Think You Can Dance. She had more than 26,000 Twitter followers by late 2014. In 2015, she began appearing in the stage production of Finding Neverland as Peter Pan.

She started her training in tap, jazz, and ballet when she was just three years old. She later briefly studied dance at Marymount Manhattan College.

She was the female champion of the 2013 season of So You Think You Can Dance, and Du-Shaunt "Fik-Shun" Stegall was the male winner.

She and her two sisters grew up in Michigan as the children of Ukrainian parents.

Cat Deeley was one of the hosts of the reality talent competition that made Yakima famous.

Amy Yakima Is A Member Of