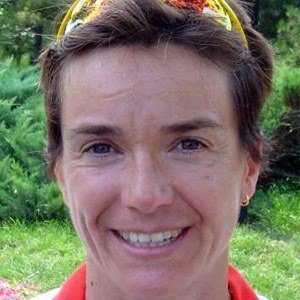 Triathlete who competed in the second-ever Olympic triathlon in 2004.

She honed her skills for a long time in Spain, before making her Olympic debut as a 36-year old.

In 2003 she won the ETU Triathlon European Championship.

She was born in Madrid, Spain.

She competed in the 2004 Olympics triathlon, as did Bevan Docherty in the male event.

Ana Burgos Is A Member Of