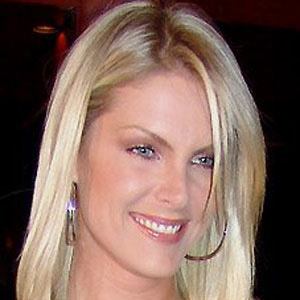 Long-legged Brazilian model who has done campaigns for Victoria's Secret and Nivea. She was ranked within the top 50 of Maxim Hot 100 Women of 2004.

She began her modeling and beauty pageant career at age 13.

She was once listed in the Guinness Book of World Records for longest legs--at 46.5 inches--but would later be trumped by another model.

She married model Alexander Correa in February 1998. She has a son named Alexandre.

She shared the catwalk with Heidi Klum at The Victoria's Secret Fashion Show in 2008.

Ana Hickmann Is A Member Of