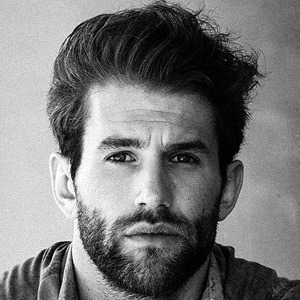 Internationally-renowned model and digital influener who became the co-owner of the online boutique Haze and Glory. He has been featured in GQ, Men's Health and Esquire, among others.

He worked as a trainee for H&M in Vienna; he first began modeling in 2010.

He is an Instagram sensation, with over 1 million followers.

He posted a song on Instagram for Selena Gomez's birthday and she responded saying "Thank you, made my night."

Andre Hamann Is A Member Of