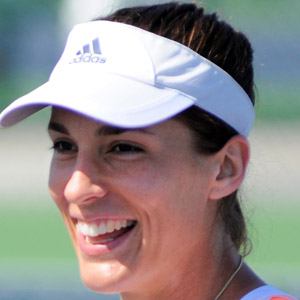 German female tennis player who has won multiple WTA ITF single, and ITF doubles championships. She was the national champion in her native Germany in 2007 and 2009.

She had already won four ITF titles by the time she finished school.

She was plagued by injuries in 2012, suffering back, ankle and knee injuries which sidelined her for six months and caused her world ranking to drop out of the top 100.

Her father Zoran is a former professional tennis player who was raised in Serbia. Her mother Amira was born and raised in Bosnia.

She defeated Russian player Maria Kirilenko on the way to her second WTA title.

Andrea Petkovic Is A Member Of