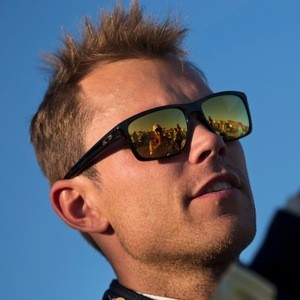 Norwegian rally driver known for competing with both Volkswagen and Hyundai in the World Rally Championships. He is most recognized for winning the 73rd Rally Poland in 2016 with Volkswagen's sponsorship.

His racing career first began with motocross in 2003. After turning 17, he started competing in rallies throughout the United Kingdom. He went on to debut at the World Rally Championships at the 2006 Rally GB and signed with Skoda UK Motorsports team during the 2011 IRC season. He first competed with Volkswagen in 2013.

With a sponsorship from Volkswagen, he won the RACC Catalunya race in Spain in 2015 and the 25th Rally Australia in 2016. In both races he was driving a Volkswagen Polo R WRC.

He was born and raised in Oslo, Norway.

In 2018, he signed a deal with Hyundai Motorsports, joining the same team as fellow racer Hayden Paddon.

Andreas Mikkelsen Is A Member Of