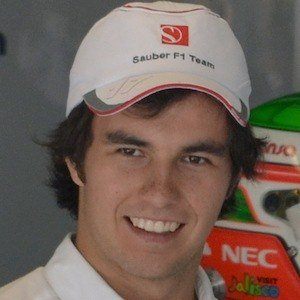 He raced go-karts before racing in the Skip Barber National Championship and several European competitions.

In the 2012 season he was on the podium three times, and finished 10th overall in the Drivers' Championship.

His older brother Antonio competed in the NASCAR Toyota Series in Mexico. He and his wife Carola Martínez have three children.

He raced against Formula One stars like the Brazilian Felipe Massa.

Sergio Pérez Is A Member Of