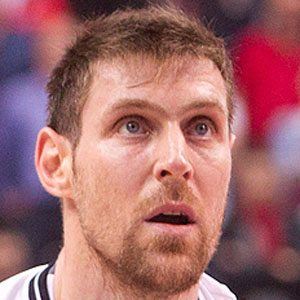 Professional basketball player who won gold at the 2004 Olympics and silver at the 2002 FIBA World Championships representing his native Argentina. He spent 8 years in the NBA and was named the Chicago Bulls' Player of the Year for the 2005-06 season.

He started his professional career with Olimpia Venado Tuerto in the Argentine league LNB.

He was named MVP of the Spanish league ACB with Tau Ceramica in 2004.

He married and had children with Paula Raquel Aimonetto.

He won an Olympic gold medal alongside countryman Manu Ginobili.

Andrés Nocioni Is A Member Of