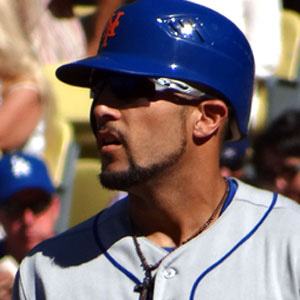 Puerto Rican outfielder who won a World Series with the San Francisco Giants in 2010.

He made his major league debut for the Detroit Tigers on April 7, 2002.

He was diagnosed with attention deficit hyperactivity disorder (ADHD) in 2002, and became a spokesperson for the condition.

He was born in New Jersey, but his family moved to Puerto Rico when he was just a year old.

He played alongside catcher Buster Posey on the San Francisco Giants.

Andres Torres Is A Member Of