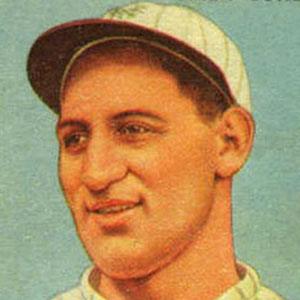 One of the earliest Jewish baseball players in the major leagues for the New York Giants who became a star of the city's Jewish community.

He was signed by the Giants as a publicity gimmick, in an effort to attract the Jewish fans and compete with the Babe Ruth-led Yankees.

He and his Giants teammate Shanty Hogan started a vaudeville act, Cohen & Hogan; he later said that 'if we didn't kill vaudeville, we sure helped.'

He had an opportunity to change his name, but decided to stick with it, saying it would hurt his mother if he chose another name.

Morrie Arnovich was another well-known Jewish baseball player of his age.

Andrew Cohen Is A Member Of