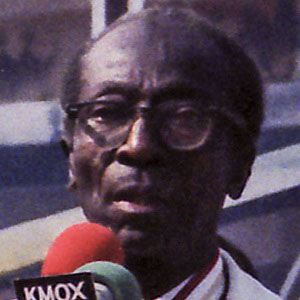 Center fielder whom many claim to be one of the fastest players of all time; selected to 8 Negro League All-Star games.

He was said to be 'faster than Jesse Owens' by some fans.

He was inducted into the Baseball Hall of Fame in 1974.

His single mother raised him along with six siblings in pre-Civil Rights movement Mississippi.

He and Mickey Mantle were part of the same Baseball Hall of Fame induction class.

Cool Papa Bell Is A Member Of