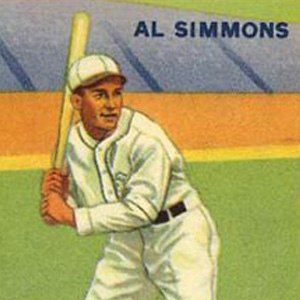 3-time MLB All-Star who starred in the outfield for 20 seasons and collected 2,927 career hits.

He won two straight batting titles in the early 1930s.

He had a son, John, with his wife Doris before they divorced.

Al Simmons Is A Member Of