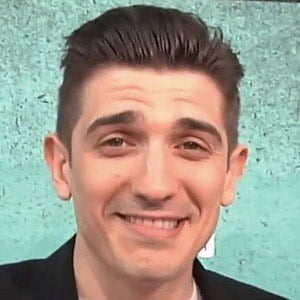 Comedian and MTV personality from the MTV2 show Guy Code who also became a podcaster on the show Combat Jack's Loud Speakers Network. He was casted in the IFC show Benders in 2015.

He attended UC Santa Barbara and was working at a nearby restaurant before turning his attention to comedy.

He performed at the famous Edinburgh Comedy Festival in 2008. He wrote and starred in web series called Rise of the Radio Show and The Apartmentship.

He was born in New York City to parents Sandra and Larry. He has a brother named Greg. He previously dated singer Sara Phillips; however they broke up in May 2015.

He stars alongside Charlamagne Tha God on Guy Code and the podcast The Brilliant Idiots.

Andrew Schulz Is A Member Of