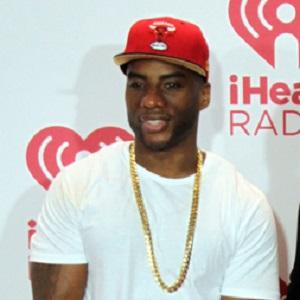 American radio and television personality who is known as one of the hosts of the Power 105.1 show The Breakfast Club with DJ Envy and Angela Yee and appeared on the VH1 show The Wendy Williams Experience.

He had one of his first jobs on Kiss & Tail: The Hollywood Jumpoff in 2009.

He is also known as a cast member on the shows Guy Code, Guy Court and Girl Code.

He grew up with his family in Moncks Corner, South Carolina. His real name is Lenard McKelvey. He married Jessica Gadsden in 2014 and he has four daughters.

He gained popularity by appearing on The Wendy Williams Experience.

Charlamagne Tha God Is A Member Of