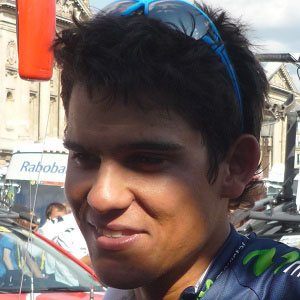 Professional cyclist known for being a member of the Spanish cycling team Movistar.

He began in professional cycling career in 2006 at only 20 years old.

In 2011, he was asked to carrying the Costa Rican flag for the Pan American Games opening ceremony.

He was born in San Jose, Costa Rica to a Spanish-descended father and a Russian mother. He has two older brothers named Rudy and Ivan.

He is a professional bicycle racer like Nairo Quintana.

Andrey Amador Is A Member Of