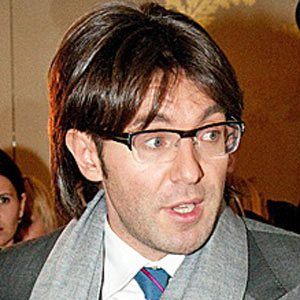 Russian television personality who presented the semi-finals of the Eurovision Song Contest in 2009.

He started hosting the television show Let Them Talk in 2001.

He was married in the Palace of Versailles.

He married the publisher of the Russian edition of Elle Magazine, Natalia Victorovna Shkuliova, in June 2011.

Another Russian television host like him is Kseniya Sobchak.

Andrey Malakhov Is A Member Of