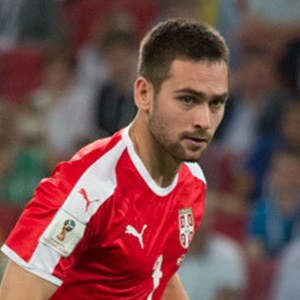 Wing-playing forward who has risen to fame for his career playing for S.L. Benfica of Portugal's Primeira Liga. He contributed to the club's Primeira Liga and Taça de Portugal victories in 2016-2017 after being named the sportsperson of the year of Niš in 2015.

He played in Serbian club Partizan's youth academy between 2009-2013.

He helped Partizan win the Serbian SuperLiga in 2015 and Serbian Cup in 2016. He led the Serbian U-20 national team win the FIFA U-20 World Cup.

His father's name is Jovica.

He and Andre Almeida have played as teammates for S.L. Benfica.

Andrija Zivkovic Is A Member Of