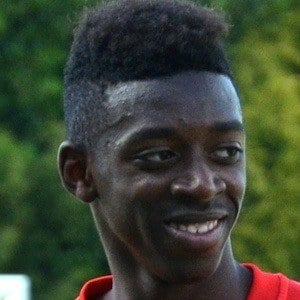 French forward who made his Ligue 1 debut with Stade Rennais in 2015. After a successful rookie season, he signed with Borussia Dortmund of the Bundesliga from 2016 until 2017. In 2017, he signed with FC Barcelona. He won the 2018 World Cup as a member of the French national team.

He played for Madeline Evreux and Evreux's youth teams before joining Rennais in 2010.

His mother's name is Fatimata. He is of Mauritanian, Senegalese and Mali descent.

He was teammates with Yoann Gourcuff while on Rennais.

Ousmane Dembele Is A Member Of