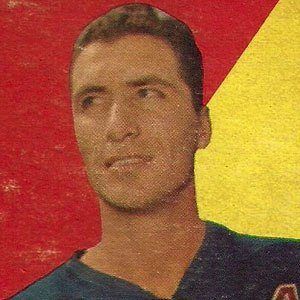 NHL Hall of Fame center who was among the league leaders in scoring throughout most of his career. He spent the bulk of his career with the New York Rangers.

He was left with a steel plate embedded in his knee after garnering a serious injury in the minors.

He published a complaint about several players in the NHL consistently hurting opponents, for which he was promptly fined by the league.

His grandson, also named Andy Bathgate, was drafted by the Pittsburgh Penguins in 2009.

He and Bobby Hull led the NHL in scoring during the 1961-62 season; Hull took the official title because he had more goals.

Andy Bathgate Is A Member Of