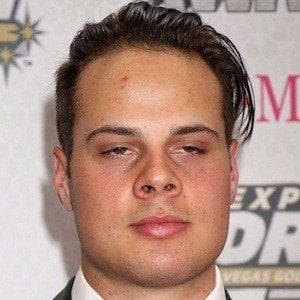 Center who was selected first overall in the 2016 NHL Draft by the Toronto Maple Leafs. He set an NHL record with 4 goals in his first career game and went on to win the 2017 Calder Trophy as the league's top rookie.

Growing up, he played with US National Development Team and ZSC Lions of National League A, bypassing the the more traditional Canadian major junior leagues and the NCAA.

He scored 116 points in his second season with the US National Development Team, breaking Patrick Kane's record of 102.

He was born to Brian and Ema Matthews in San Ramon, California; he later moved to Scottsdale, Arizona.

He spent a year playing with Jack Eichel while the two were on the USNDT during the 2013-2014 season.

Auston Matthews Is A Member Of