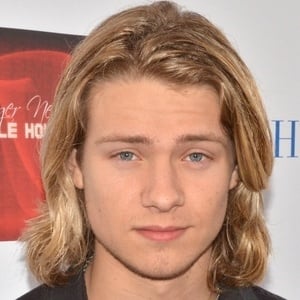 Actor who is widely known for his appearances across television. In 2016, he appeared as the Beach Boys' drummer Dennis Wilson in the TV series Aquarius, and has appeared as a guest star in NCIS, 2 Broke Girls, and Bones.

He earned his first on-screen credit in 2011 in the film What's Your Number?.

He starred in the 2016 thriller film The Charnel House. In 2017, he guest starred opposite Kaitlin Olson on the FOX sitcom The Mick.

He frequently appeared alongside star David Duchovny on the TV series Aquarius.

Andy Favreau Is A Member Of