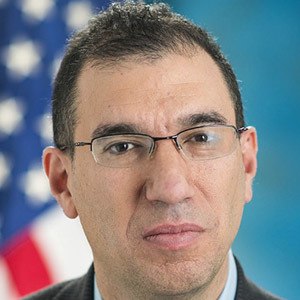 American businessman who made a name for himself as an Administrator of the Centers for Medicare and Medicaid Services. He is also the founder of the company Health Allies and worked as its CEO until 2003.

He received his MBA from Harvard Business School in 1993.

He has been employed as an investment banker with Goldman Sachs.

He married Lana Etherington in 1996. They have two sons named Caleb and Zachary.

He served as the head of the Affordable Care Act under President Barack Obama.

Andy Slavitt Is A Member Of