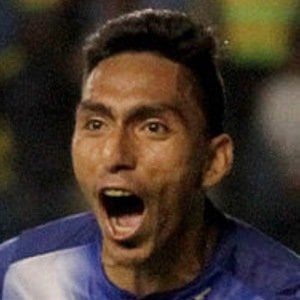 He first began his youth career playing for the Emelec club in 2004. He then began his senior career in 2007 for Emelec as well. In 2015, he made his debut appearance for the Ecuador national team and in 2017, he began playing for the Cruz Azul club.

He has won several awards for his playing including Assist Leader in the Serie A 2014 season. He married Shirley Posligua and together they have two daughters.

He was born and raised in Guayaquil, Ecuador.

He and his family took a trip to Disney World in December of 2021.

Ángel Mena Is A Member Of