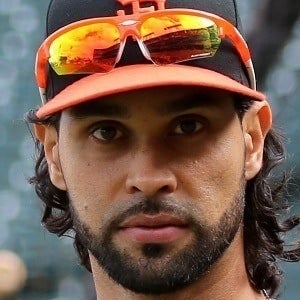 He joined a teeball team at age 6 and used baseball to escape what he described as a bad neighborhood.

On October 4, 2009, he hit 4-4 against the Houston Astros, just a home run away from hitting for the cycle.

His mother played in a men's fastpitch softball league. He has daughters named Briana, Suil and Lara with his wife Windy.

He became the starting right fielder for the Mets after Carlos Beltran stepped in as center fielder in 2010.

Angel Pagan Is A Member Of