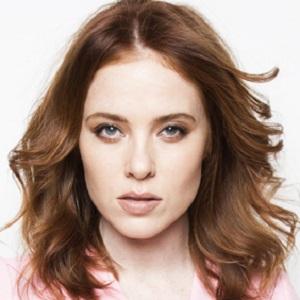 Irish television presenter and digital host for the Voice UK who previously worked as a stylist and fashion journalist for Tatler, Grazia, Company, U Magazine and Sunday Times Style. She created an acclaimed documentary called Oi Ginger! as well as a series called Angela Scanlon: Full Frontal.

She graduated at the top of her class at Dublin Institute of Technology where she studied business.

She was included on the Irish Times' list of "10 Irish Instagrammers You Need To Follow" in 2012 and Vogue featured her on their "One to Watch" segment in 2013. She was a brand ambassador for Louis Vuitton in 2013.

She was born in Ratoath, County Meath, Ireland as the youngest of four sisters.

She hosted London Fashion Weekend for the third time in 2014. She took over the job from previous host Caroline Flack.

Angela Scanlon Is A Member Of