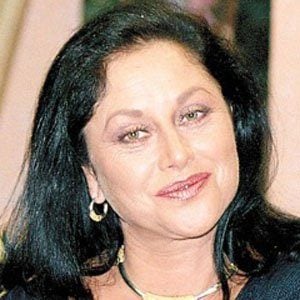 Star of Mexican telenovelas and popular films both in the U.S. and Mexico.

Educated at Mexico's most prestigious performing arts schools and at the London Academy of Music and Dramatic Arts, she made her first film appearance in David Lynch's Dune.

Most of her best-known roles came in Mexican cinema, including the record-breaking film Sexo, pudor y lágrimas.

She was born Angélica Espinoza Stransky in Mexico City. Her father José Ángel Espinoza was a noted composer.

She had a part in the American film Dirty Dancing: Havana Nights starring Diego Luna.

Angélica Aragón Is A Member Of