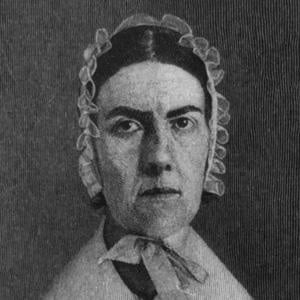 US abolitionist, writer, and women's rights advocate who became famous when a letter she sent to William Lloyd Garrison was published in his newspaper.

As confirmed by family letters and diaries, she was described as the most self-righteous, curious and self-assured of all her siblings as a child.

She was a very rebellious and curious young woman, and at age thirteen she refused to say the required pledge during her confirmation in the Episcopalian Church.

Her sister Sarah Grimke was also a women's rights activist. She married Theodore Weld in 1838 in Philadelphia.

She is a famous abolitionist much like Harriet Beecher Stowe.

Angelina Grimke Is A Member Of